Zoey is almost 3 years old, but still a huge fan of pacifier. She definitely needs it for sleep, always cries if she lost it during the night… I’ve read many articles and talked to many people around for the tips and tricks of quitting pacifiers for kids. Putting spices on it, tell them that it was lost, give them to younger babies…  In the end, I didn’t want to force her to do these as I don’t want even worse consequence.

Last Sunday we went to climb the Ljubljana castle (very nice btw).  After we came down, passing the bridge – same as in many other countries, a lot of love locks were hanging all over it. I wasn’t giving a second look since it’s not something too unique anymore.  But Zoey walked closer to one section and happily shouted “pacier”  (her nickname for pacifier), I saw a few locks together with a few pacifiers. Look quite funny. Were they from families with a few young kids?  Or some smart parents used the chance to convince their little ones to get rid of the dummies… all possibilities.  I talked to Zoey, “hmm, do you want to put your pacier here too?”   She said “yes” immediately, but after 3 seconds, she said “no”.  She kinda of figure it out that I wanted to ‘trick’ her, maybe. 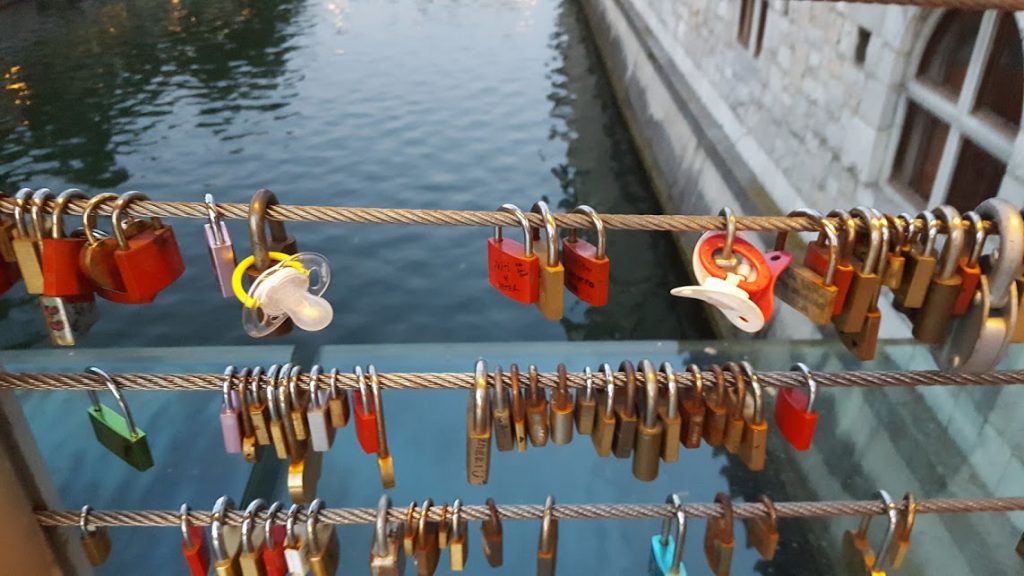 I think I can try again after some time.  Good idea,  probably, maybe.  🙂 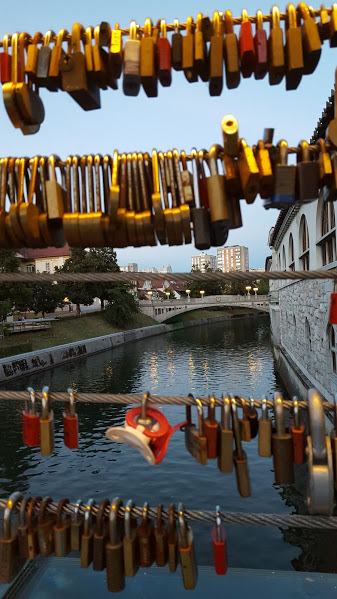