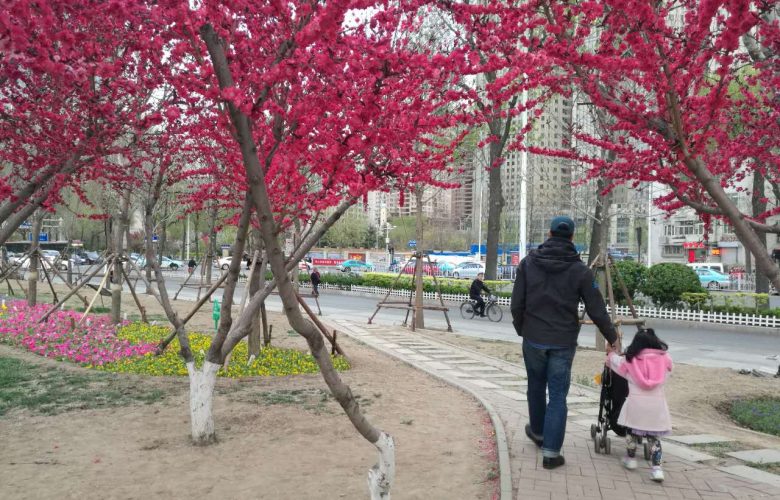 Beijing has been suffered with bad smog for weeks.
As usual my husband has been complaining every single day – why we are here? why you told me that China is great but I never seen much?
Well, because we are on the monthly visa run, so no time to explore, honestly. I tried to think of solutions to make up on this point. I told him: I will take you and our daughter to explore china as much as we can, as much as our current finance can support.

I got the tickets online for first class, as you can see there is not big difference between second and first class from BJ to TJ as it’s close, so better pay a bit more to get more comfortable. there are plenty of trains every day, about every 20-30 mins, so very convenient.

Here we go. on the Saturday afternoon, we called a taxi to Beijing South railway station and started our first outside-Beijing trip. 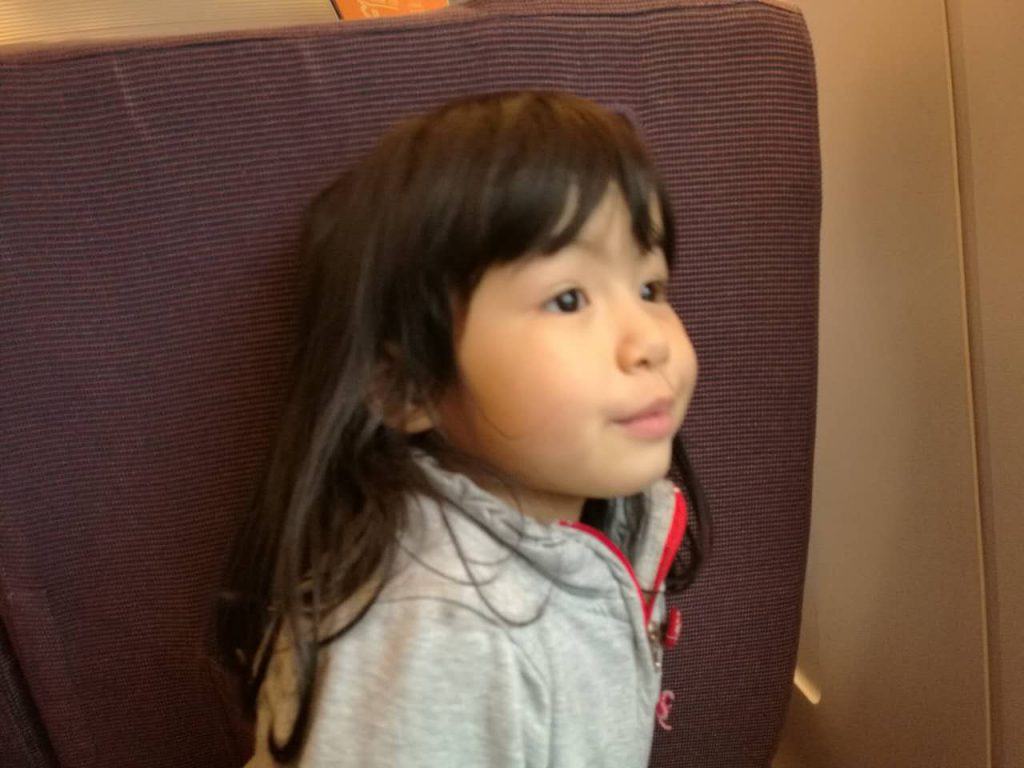 The train ride was alright, it didn’t reach the highest speed of 350km/h, not even close, I believe that because it was too close. Before we do anything, we arrived at the Tianjin station. Then taxi to hotel.

Unfortunately the smog situation in Tianjin is even worse than Beijing this weekend.  Obviously the broadcast wasn’t too accurate. You can see from the hotel looking out, the sky was grey color. But not bad view. 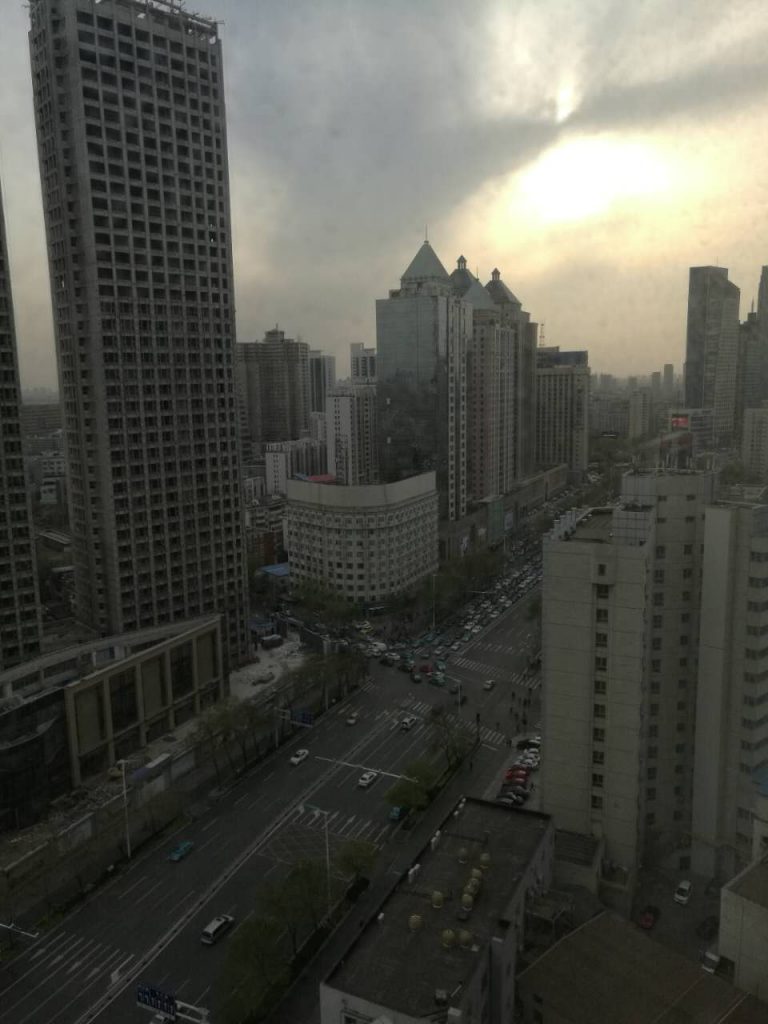 Then we went out & walked around.

Small park in the middle of the city. 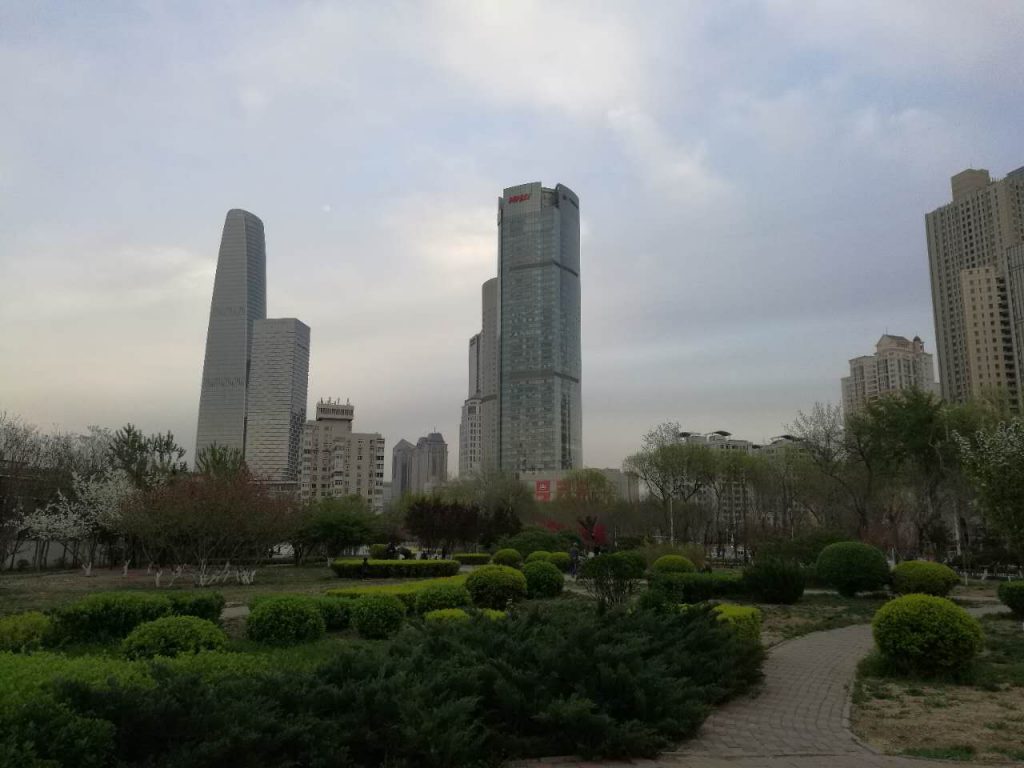 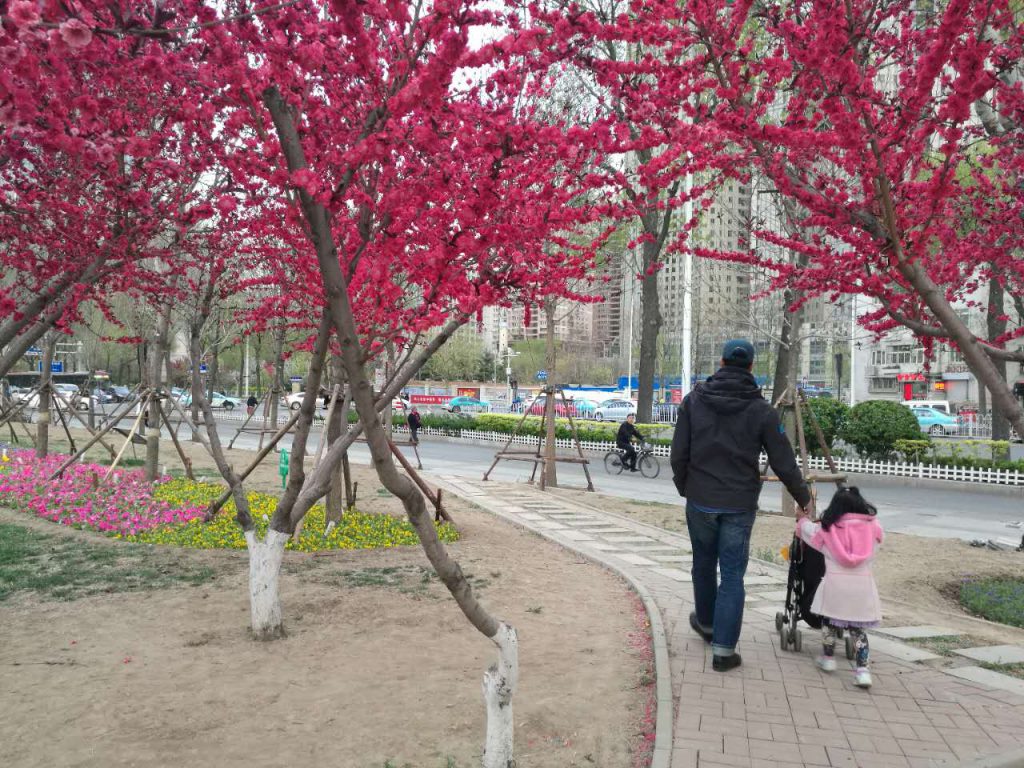 Then we had dinner and walked around the famous Hai He =  Hai River. 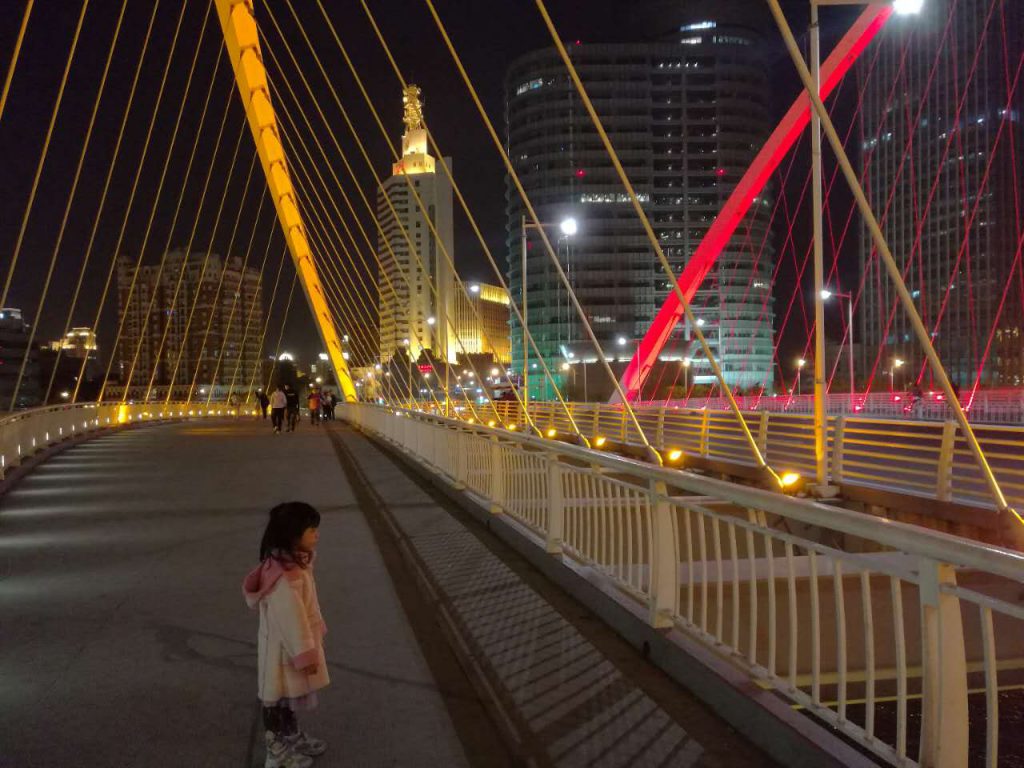 Beautiful night light around the river. 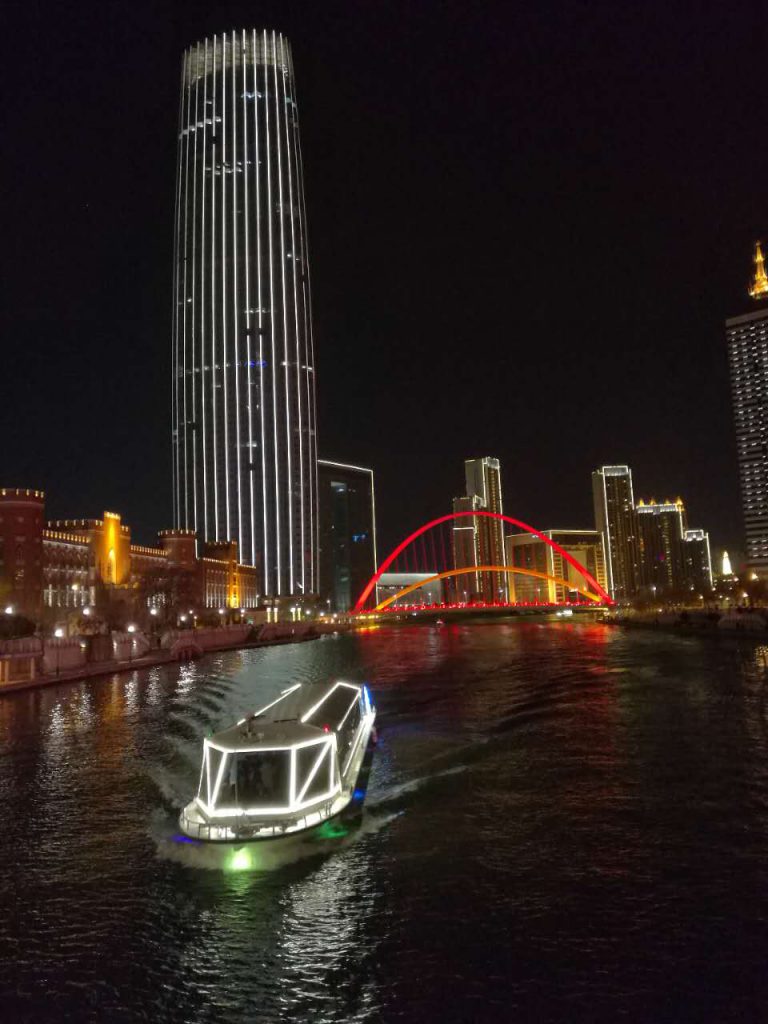 The next day, we went to “5 Roads” where used to be the British settlement, now with around 300 buildings in the area, with different stories as a lot of things happened here, a lot of famous people lived here before. We jumped on the horse cart, the tour had a guide to explain while around.  The ticket is 80RMB per adult, kids under 120cm tall is free. 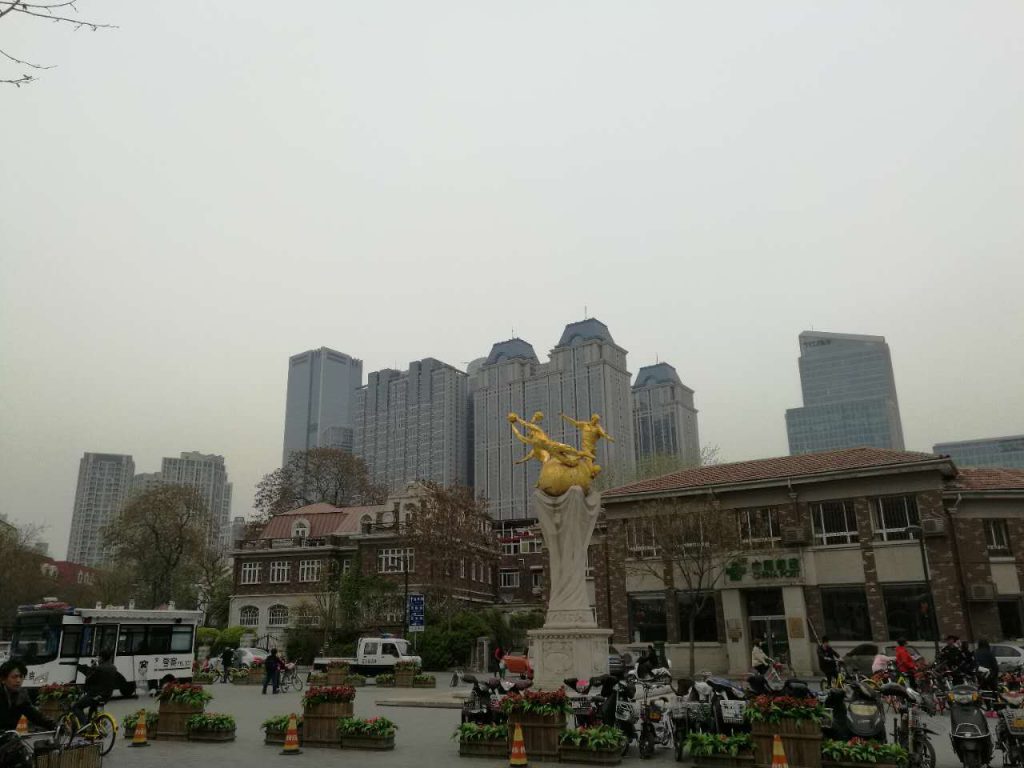 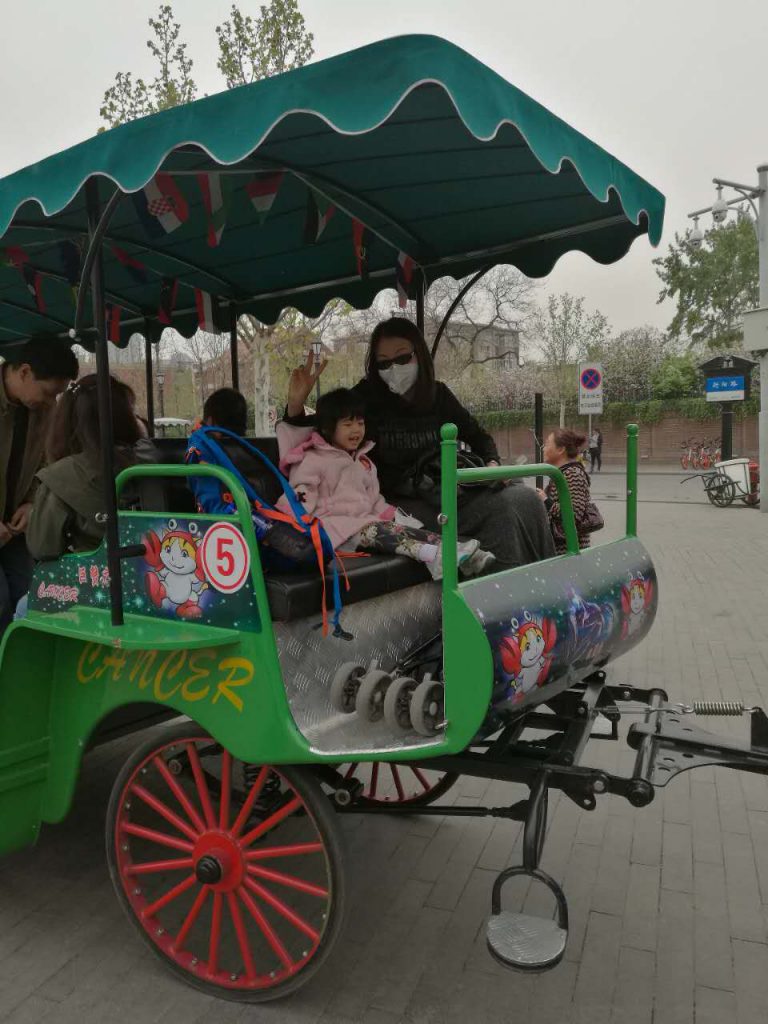 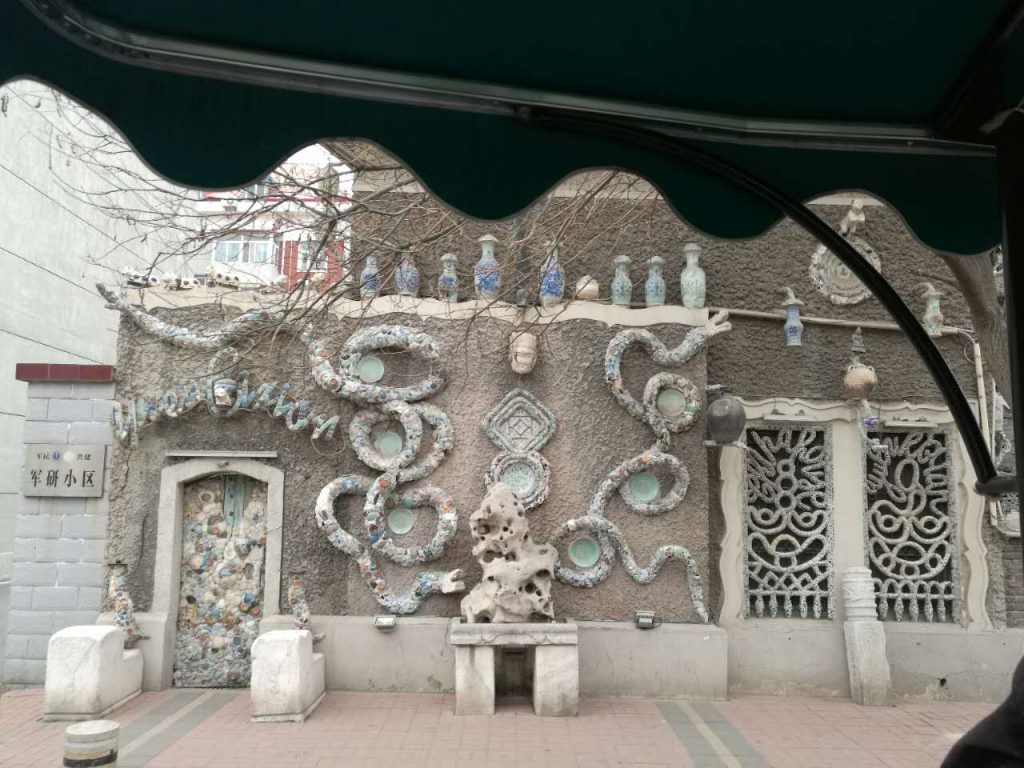 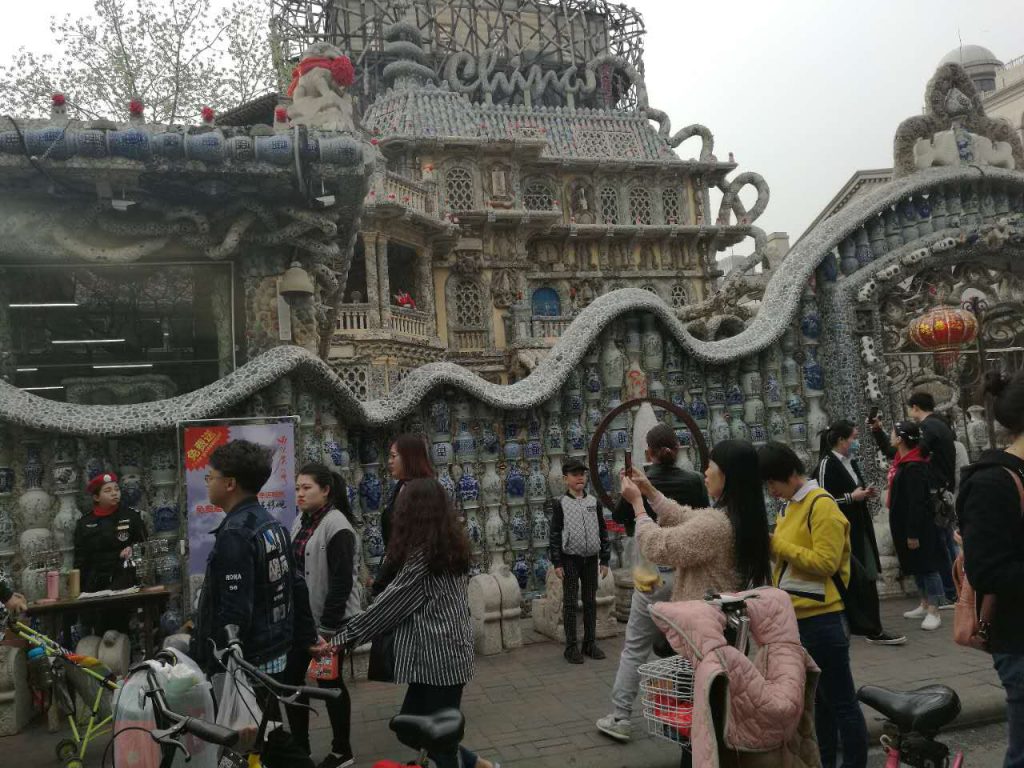 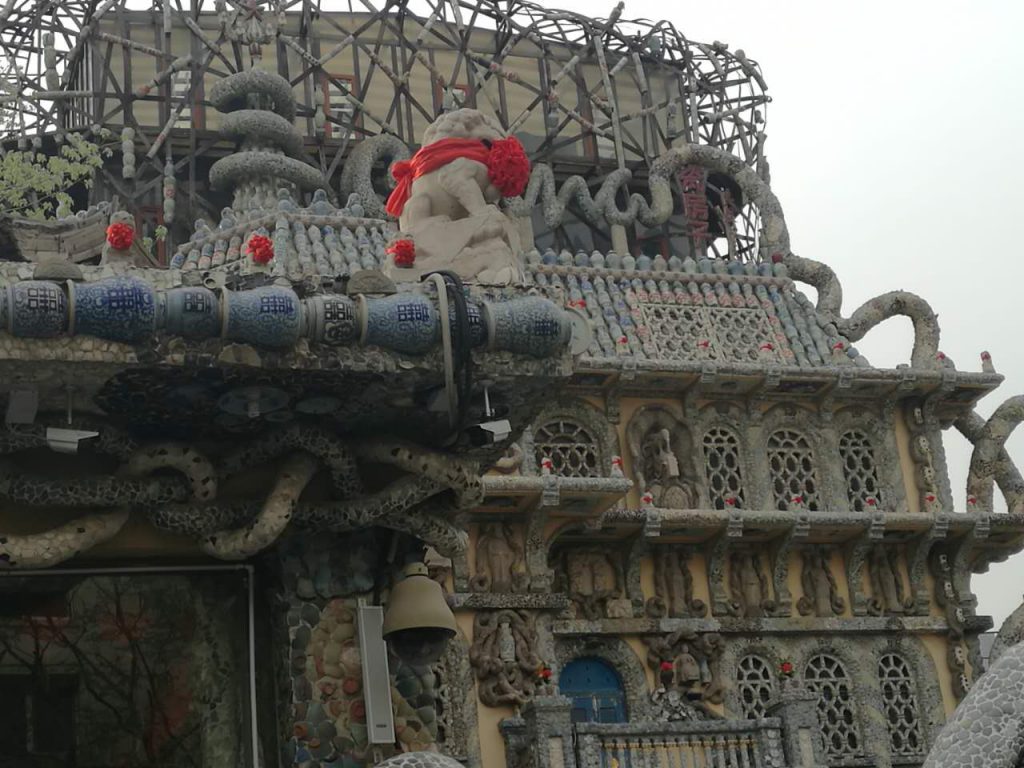 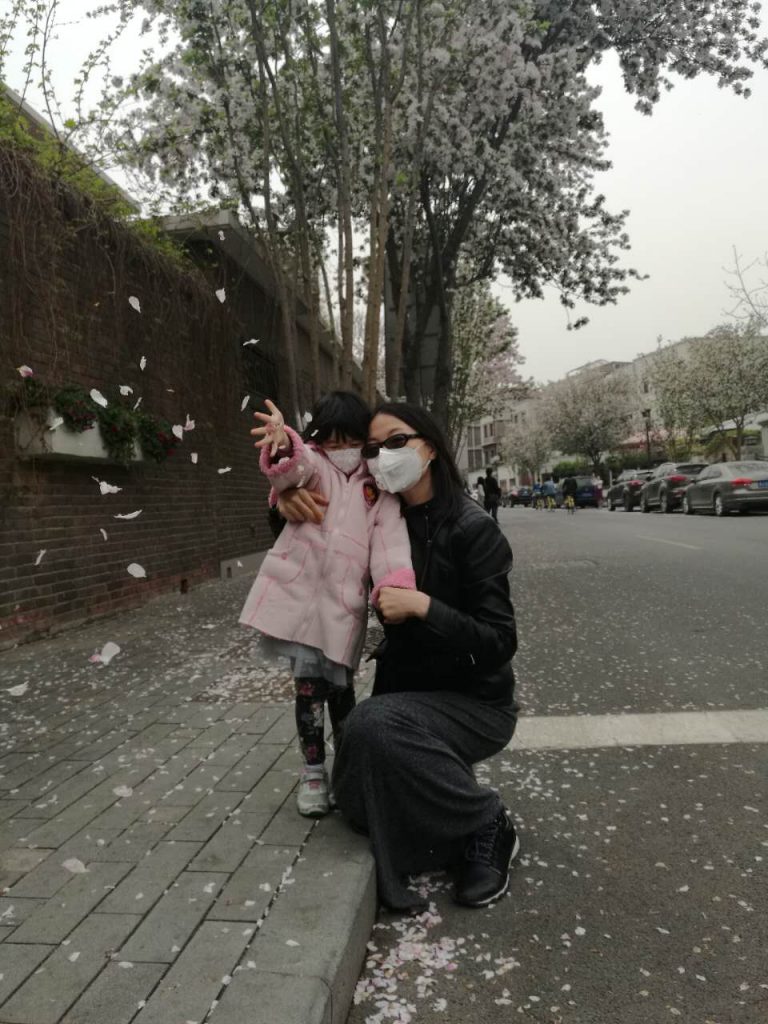 After the horse ride, the little one has been asked for playground for 2 days.  while we were sitting in the café, the lady sitting beside told us that the shopping center near the train station has a lot for children to play. There you go.

Then she tried almost everything. 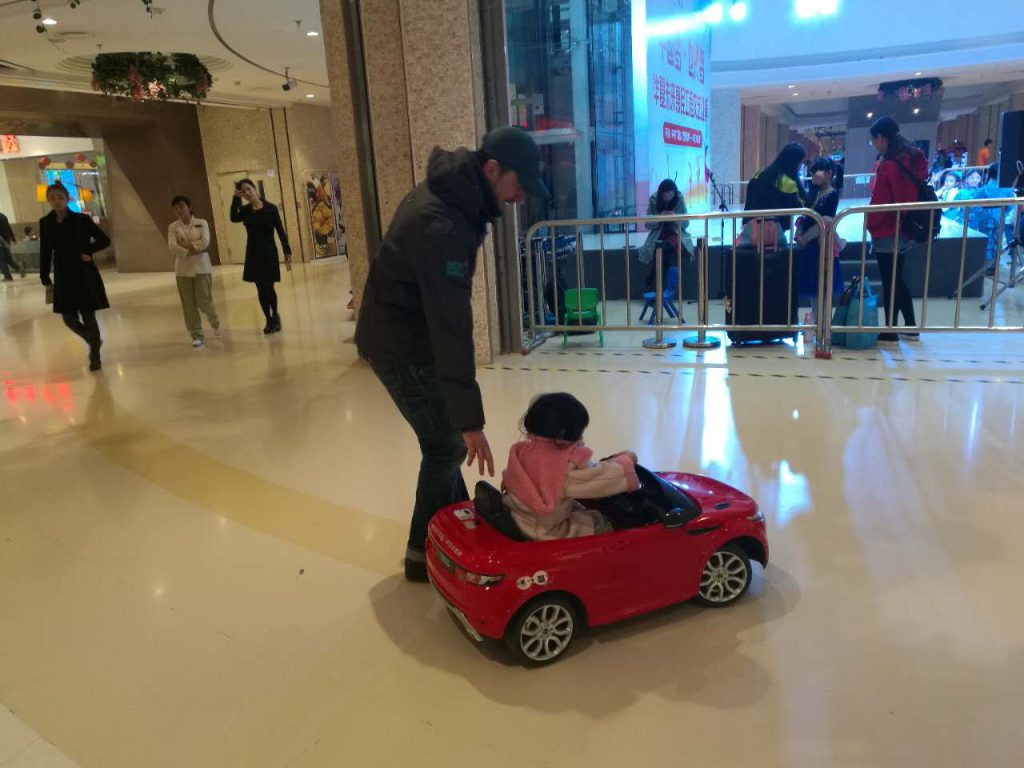 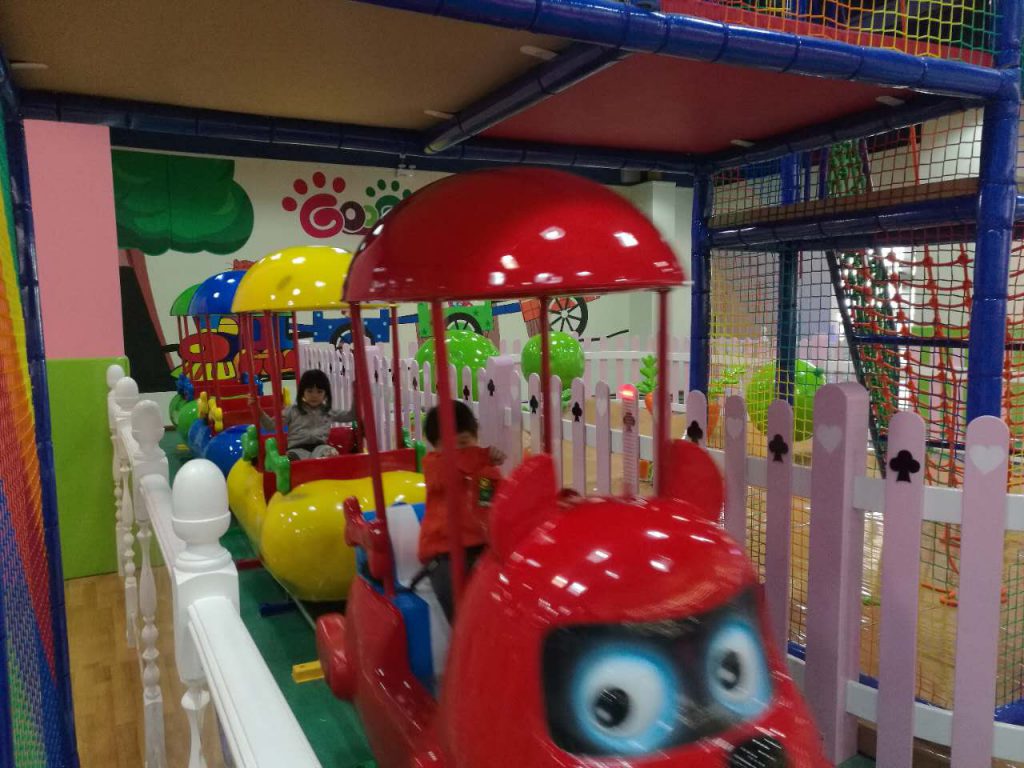 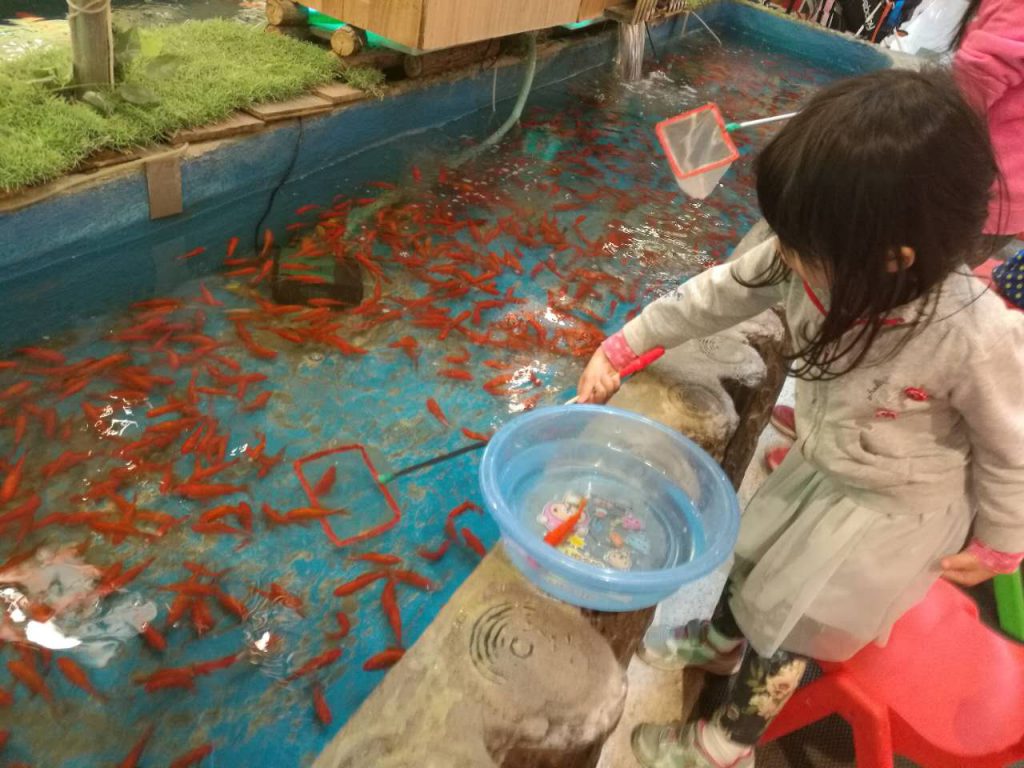 Playground, dress up and join the parade…. 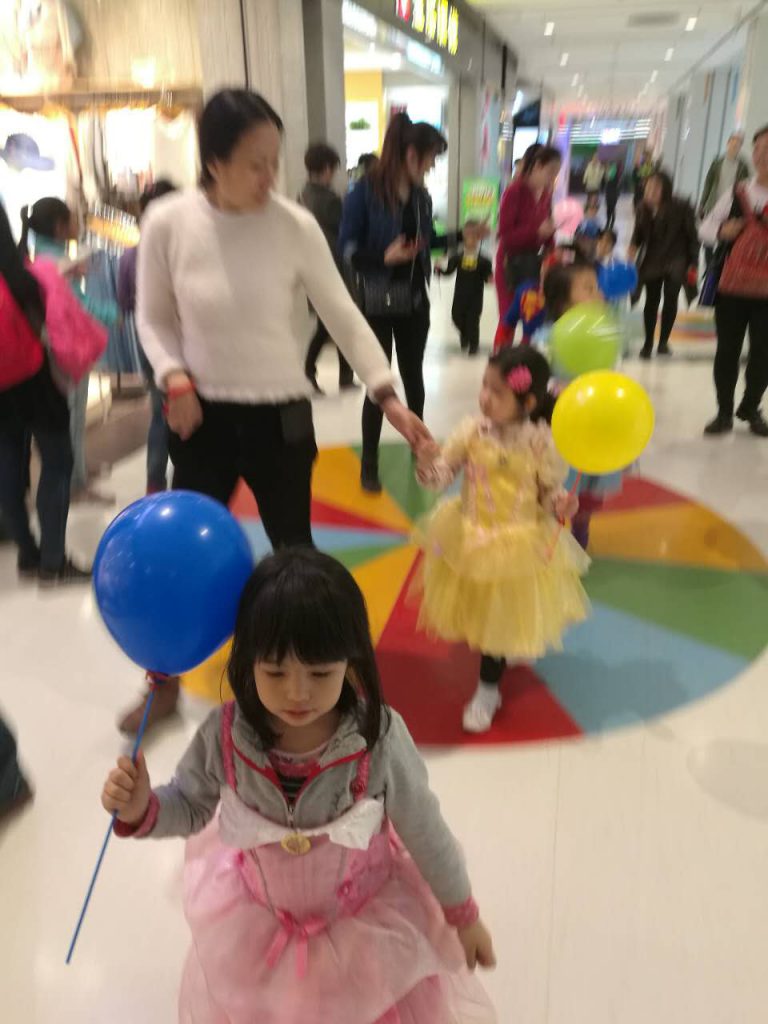 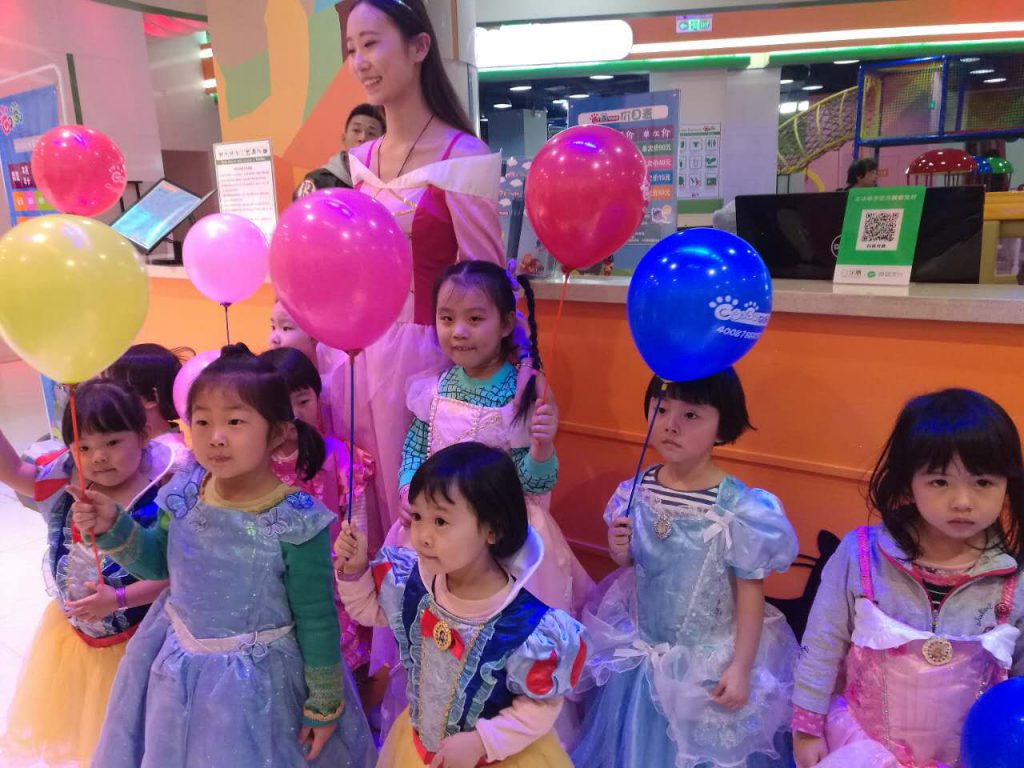 Actually there are a lot in Tianjin to explore, as the other parts in our family are not interested, so we didn’t really go.  for example, the food street, the tea house, Tianjin eye….

Anyhow, I call this short trip a success, what do you say?  🙂